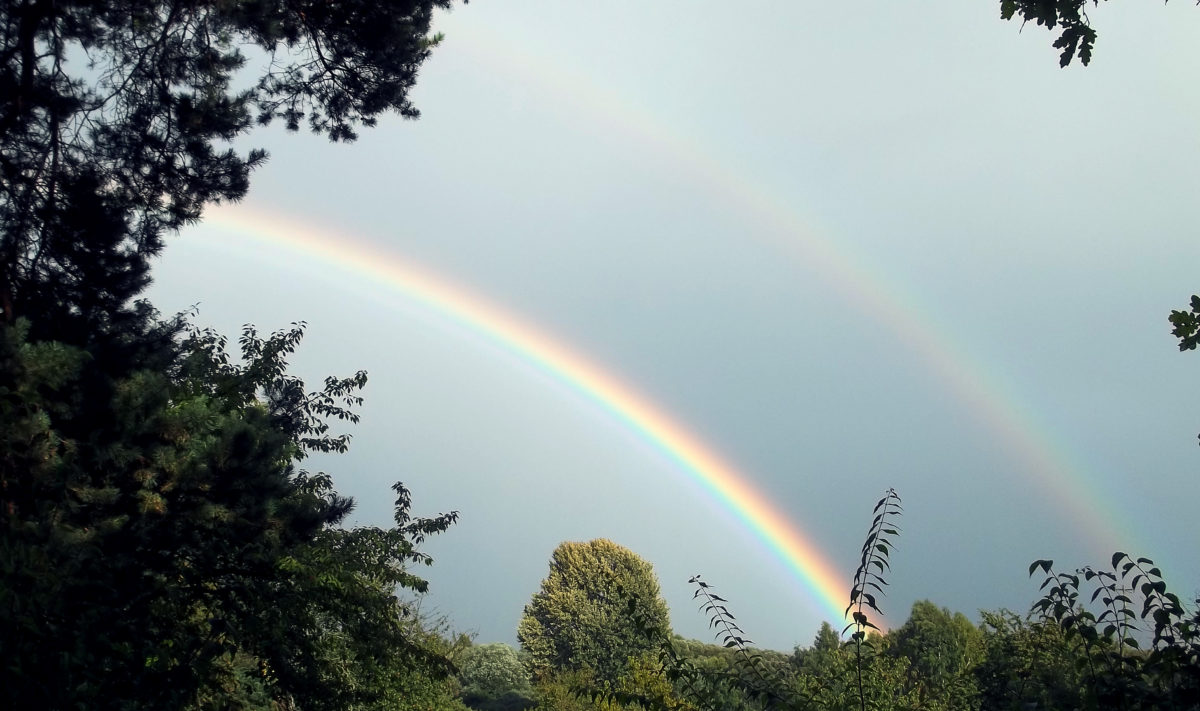 The Impact of ZEGG on its Surroundings

As I was sitting on the terrace of the ZEGG restaurant, I looked up and beheld this beautiful double-arched rainbow. The photo doesn’t do it justice as in reality it was so much more majestic. As I was pondering  this rainbow  overarching the entire area, it struck me as a symbol for the ZEGG community and its impact on the surrounding region (which is called the Fläming).

The ZEGG celebrated its 25th birthday this June and many former residents, partners from the Fläming Network, friends, neighbors, politicians and other officials celebrated together with the community residents.  ZEGG is widely acknowledged and valued for its stimulating influence in the field of regenerativ energy and for their expertise and good example in terms of sustainability.  But the cultural input of this community is also very much appreciated, it attracts many younger people to the region and thus sets a counterbalance to the rural depopulation trend typical to this area.

The executive of the Bad Belzig KUR GmbH, Christian Kirchner emphasized in his jubilee talk the financial benefits for the area and the advantages it brings for the imagination of the people living in this sparely populated area. The local paper titled its article on the anniversary:”Ecovillage as forerunner of regional development”. 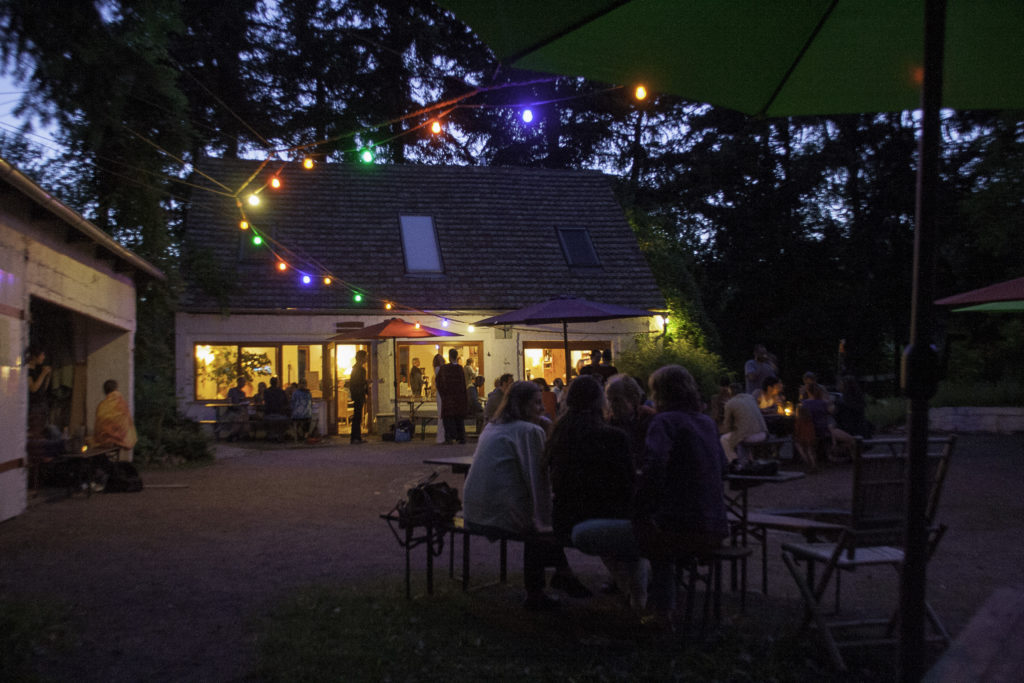 There are many ways to get to know the ZEGG: Interested neighbors and guests can visit the ZEGG on open Sundays or arrange for guided tours with thematic focus in German or English. For a deeper understanding it is possible to participate in various courses, seminars or festivals during the year.

In a more practical way of dipping into it, volunteers can come as summer guests and work in the garden, guest house, kitchen etc. or participate in an activity week at a building site, the compound, or setting up/ removing the festival items. If somebody develops a more serious interest and is intending to become part of the community, there is a well-tried process of convergence to make sure the community and the aspirant get to know each others  before they make a commitment. 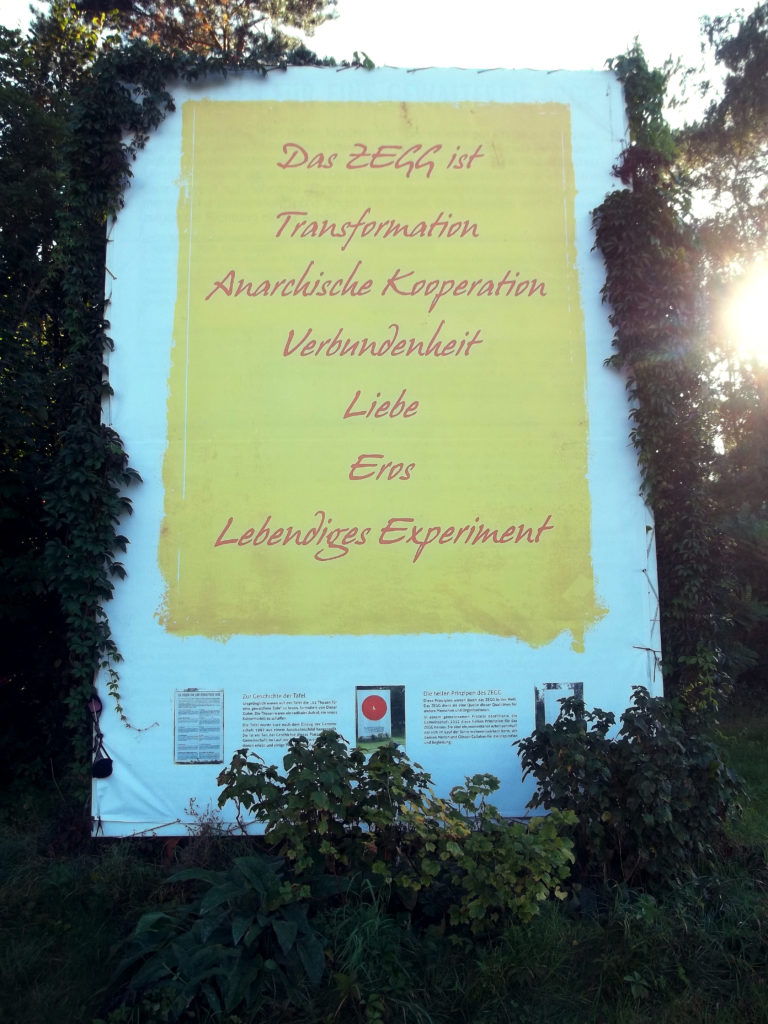