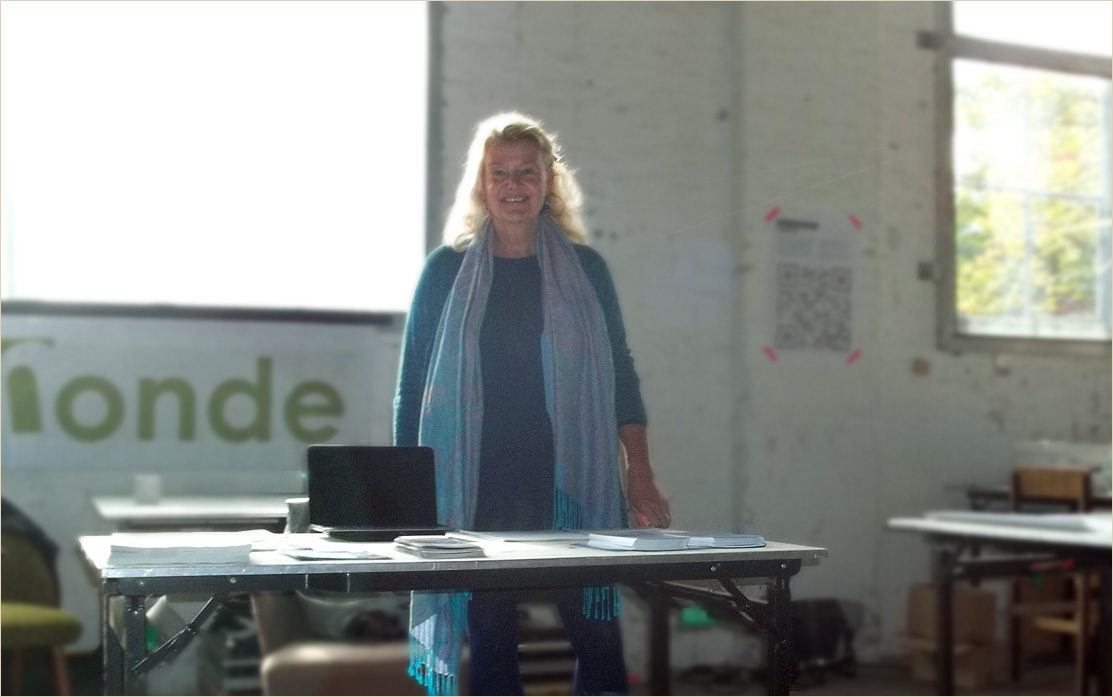 Storm Xavier made it nearly impossible for me to attend the Experiment Days, a platform for cooperative housing projects and the future of urban development. On Friday I had to succumb to the elements and missing public transportation due to power cuts and trees on rail tracks, but on Saturday after an odyssey of three hours I was happy to arrive at the charming industrial venue on the former compound of the Kindl brewery in Berlin Neukölln. 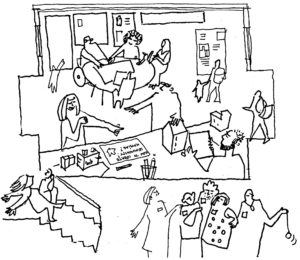 I attended two really great workshops and presented my project and material from Global Ecovillage Network at the exhibition area.

Leslie and Dee are two activists that know a lot about strategies – how to deal with political and bureaucratic representatives.  The international participants were able to contribute from their experiences and it became very clear, that to make – as the last step – a change of laws happen, you have to do your homework to understand the structures and inter-dependencies and find internal supporters. 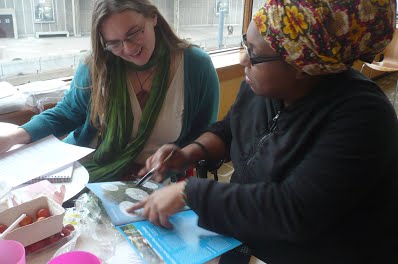 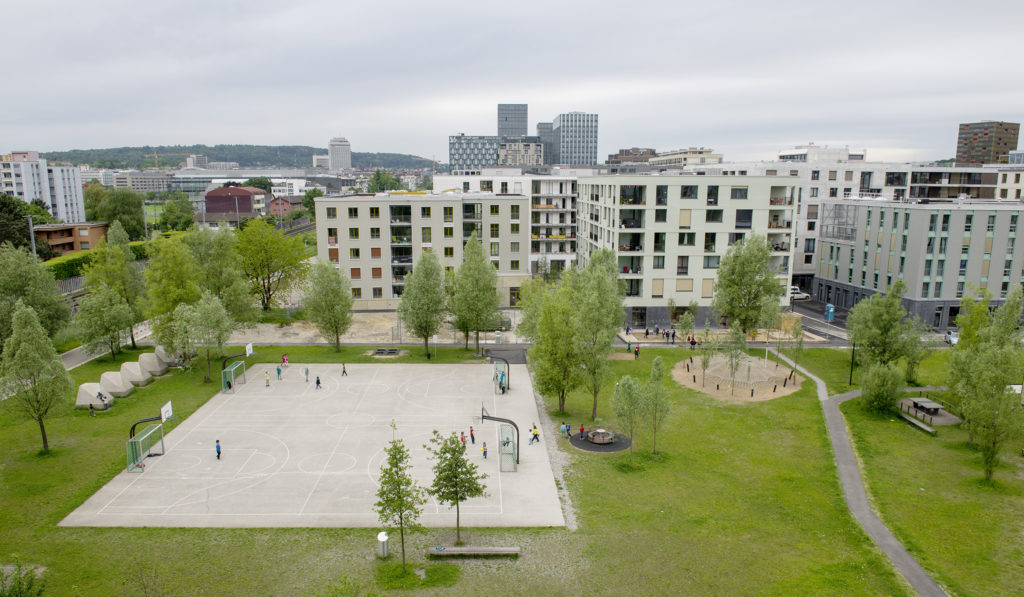 In Switzerland a strong housing cooperative movement exists since more than 100 years and a fifth of the residential market in Zürich is in cooperative ownership. The ‘Mehr als Wohnen’ project was supported and given bank guarantees by established cooperatives and won the World Habitat Award 2016/17. It was finished after a lively decision and building process in 2014/15 and is at the point now, were residents take on a more active role in decision making and management. Mehr als Wohnen has a general assembly and house assemblies and around 35 project groups from German classes and gymnastic courses to child care and food coops.

Diversity of the residential people according to the region related to: proportions of different nationalities, income, age and family status etc. are part of the concept and the rents are about 20% lower than the average. The residential area has a good mixture of small businesses, services, shops, and public rooms for different public uses at the ground floors. Everything you need is nearby. It is a great example what can be made possible when different cooperatives work together, instead of competing.

The co housing project in Ulldecona started with an architectural competition and has now 32 apartments of which a part is rented as subsidized housing. The group is planning to develop another cooperative housing project and buy land for it. Other cooperatives are intending to give cross guarantees to make this possible.

Critical Concrete in Porto is a project of architects, that was initiated as a research lab for social and sustainable architecture. A summer schools was initiated with about 50 students of architecture every year. The volunteers work together in small scale interventions to rebuilt private apartments or  houses – so called “lost cases” in a very bad state, which were recommended by social organizations. The projects are financed by the fees of the students and with the support from some foundations for the organizational work. The owners are not allowed to sell their apartments or houses for the next ten years or to rent them out for high profits.

In the resume the moderators posed the question, how we can help one country with models from another country.  They pointed out that developing projects depend on access to land and money and that only solidarity and collaboration between the actors will bear success. In addition, one of the important factors to have a lasting effect  -development groups have to keep their eyes on – is getting lease agreements for 60 to 100 years.

We have to start thinking inter-generational again in our fast-lane computer driven lives!

Love is not a coincidence but a skill