Ivan Illich: deschooling, conviviality and  lifelong learning. Known for his critique of modernization and the corrupting impact of institutions, Ivan Illich’s concern with deschooling, learning webs and the disabling effect of professions has struck a chord among many informal educators. 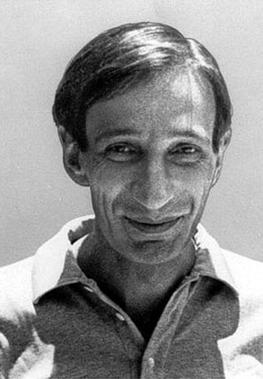 Conviviality, Ivan Illich argued, involves ‘autonomous and creative intercourse among persons, and the intercourse of persons with their environment’ (ibid.: 24). He sees this as being in ‘contrast with the conditioned response of persons to the demands made upon them by others, and by a man-made environment’. He continues:

I consider conviviality to be individual freedom realized in personal interdependence and, as such, an intrinsic ethical value. I believe that, in any society, as conviviality is reduced below a certain level, no amount of industrial productivity can effectively satisfy the needs it creates among society’s members. (op. cit.)

I believe that a desirable future depends on our deliberately choosing a life of action over a life of consumption, on our engendering a lifestyle which will enable us to be spontaneous, independent, yet related to each other, rather than maintaining a lifestyle which only allows to make and unmake, produce and consume – a style of life which is merely a way station on the road to the depletion and pollution of the environment. The future depends more upon our choice of institutions which support a life of action than on our developing new ideologies and technologies. (Illich 1973a: 57)

The word ‘convivial’ has an immediate appeal for many educators and animateurs in that in everyday usage it looks to liveliness and being social (enjoying people’s company). However, while bring concerned with individual interaction, Ivan Illich was also interested in institutions and ‘tools’ – physical devices, mental constructs and social forms. He argued for the creation of convivial, rather than manipulative institutions and saw conviviality as designating the opposite of industrial productivity.

In convivial institutions (and the societies they make up) modern technologies serve ‘politically interrelated individuals rather than managers’. (Illich 1975: 12). Such institutions are characterized by ‘their vocation of service to society, by spontaneous use of and voluntary participation in them by all members of society (Gajardo 1994: 716). Ivan Illich (1975a) uses “convivial” as ‘a technical term to designate a modern society of responsibly limited tools’. He applied the term “convivial” to tools rather than to people, he said, in the hope of forestalling confusion.