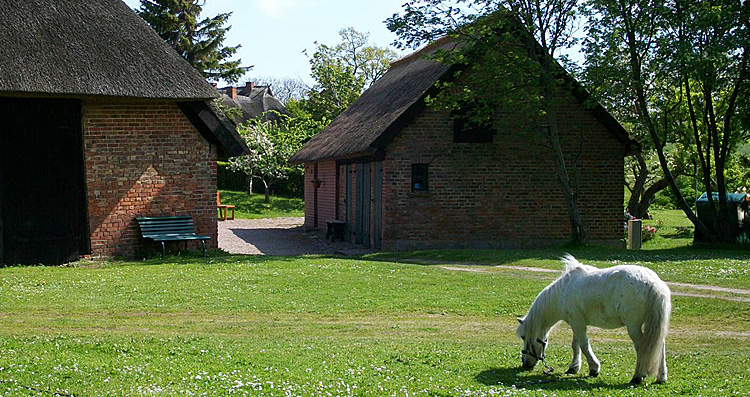 To learn the “language“ of Nonviolent Communication is a very effective tool to create the space for supportive communication in community circumstances. NVC is used by many of the communities that will be introduced in this project

Most of us have been educated from birth to compete, judge, demand and diagnose — to think and communicate in terms of what is “right“ and “wrong“ with people.
We express our feelings in terms of what another person has “done to us.” We struggle to understand what we really want or need in the moment, and how to effectively ask for what we want without using intrusive demands, threats or constraints.

Marshall B. Rosenberg, Ph.D the founder of Nonviolent Communication (NVC) says:
“What others do may be a stimulus of our feelings, but not the cause.”

In order to show the differences between communication styles, Rosenberg started to use two animals. The violent communication is represented by the carnivorous Jackal as a symbol of aggression and especially dominance. The herbivorous Giraffe on the other hand, represents his NVC strategy. The Giraffe was chosen as symbol for NVC as its long neck is supposed to show the clear-sighted speaker, being aware of his fellow speakers’ reactions, and simply because the Giraffe is the land-living mammal with the biggest heart, representing the compassionate side of NVC. In his courses he tends to use these animals. 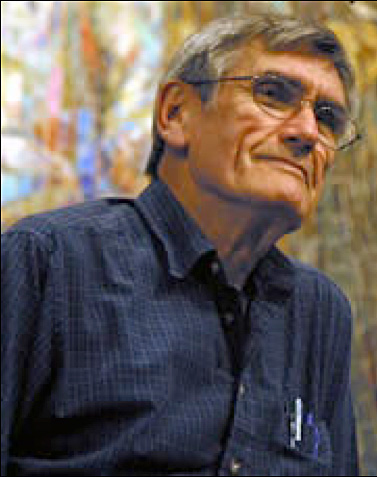 Nonviolent Communication: A Language of Life
At best, thinking and communicating this way can create misunderstanding and frustration. It can also prohibit the fulfilling relationships we could have and keep us from getting what we want. And even worse, it can lead to anger, depression and even emotional or physical violence.

Since developing the Nonviolent Communication (NVC) process in the 1960’s, vision has been to teach people of any age, gender, ethnicity or background a much more effective alternative. It focuses on three aspects of communication: self-empathy (defined as a deep and compassionate awareness of one’s own inner experience), empathy(defined as an understanding of the heart in which we see the beauty in the other person), and honest self-expression (defined as expressing oneself authentically in a way that is likely to inspire compassion in others).
Nonviolent Communication is based on the idea that all human beings have the capacity for compassion and only resort to violence or behavior that harms others when they don’t recognize more effective strategies for meeting needs. Habits of thinking and speaking that lead to the use of violence (psychological and physical) are learned through culture. NVC theory supposes all human behavior stems from attempts to meet universial human needs and that these needs are never in conflict. Rather, conflict arises when strategies for meeting needs clash. NVC proposes that if people can identify their needs, the needs of others, and the feelings that surround these needs, harmony can be achieved.
In order to show the differences between communication styles, Rosenberg started to use two animals. The violent communication is represented by the carnivorous Jackal as a symbol of aggression and especially dominance. The herbivorous Giraffe on the other hand, represents his NVC strategy. The Giraffe was chosen as symbol for NVC as its long neck is supposed to show the clear-sighted speaker, being aware of his fellow speakers’ reactions, and simply because the Giraffe is the land-living mammal with the biggest heart, representing the compassionate side of NVC. In his courses he tends to use these animals in order to make the differences in communication clearer to the audience.
You can learn to transform the thinking, moralistic judgments, and language that keep you from the enriching relationships you dream of. You’ll start to resolve conflicts with more ease, learn to ask for what you want without using demands, begin to hear the true needs of others with less effort, strengthen your personal and professional relationships, and start living your full potential.
At present, hundreds of certified NVC trainers and supporters are teaching this method to people worldwide.

Overview
Nonviolent Communication holds that most conflicts between individuals or groups arise from miscommunication about their human needs, due to coersive or manipulative language that aims to induce fear, guilt, shame, etc. These “violent” modes of communication, when used during a conflict, divert the attention of the participants away from clarifying their needs, their feelings, their perceptions, and their requests, thus perpetuating the conflict.

Observation: the facts (what we are seeing, hearing, or touching) as distinct from our evaluation of meaning and significance. NVC discourages static generalizations. It is said that “When we combine observation with evaluation others are apt to hear criticism and resist what we are saying.” Instead, a focus on observations specific to time and context is recommended.[29]:ch.3
Feelings: emotions or sensations, free of thought and story. These are to be distinguished from thoughts (e.g., “I feel I didn’t get a fair deal”) and from words colloquially used as feelings but which convey what we think we are (e.g., “inadequate”), how we think others are evaluating us (e.g., “unimportant”), or what we think others are doing to us (e.g., “misunderstood”, “ignored”). Feelings are said to reflect whether we are experiencing our needs as met or unmet. Identifying feelings is said to allow us to more easily connect with one another, and “Allowing ourselves to be vulnerable by expressing our feelings can help resolve conflicts.”[29]:ch.4
Needs: universal human needs, as distinct from particular strategies for meeting needs. It is posited that “Everything we do is in service of our needs.”[30]
Request: request for a specific action, free of demand. Requests are distinguished from demands in that one is open to hearing a response of “no” without this triggering an attempt to force the matter. If one makes a request and receives a “no” it is recommended not that one give up, but that one empathize with what is preventing the other person from saying “yes,” before deciding how to continue the conversation. It is recommended that requests use clear, positive, concrete action language.[29]:ch.6

Modes
There are three primary modes of application of NVC:
Self-empathy involves compassionately connecting with what is going on inside us. This may involve, without blame, noticing the thoughts and judgments we are having, noticing our feelings, and most critically, connecting to the needs that are affecting us.[30]:ch.4
Receiving empathically, in NVC, involves “connection with what’s alive in the other person and what would make life wonderful for them… It’s not an understanding of the head where we just mentally understand what another person says… Empathic connection is an understanding of the heart in which we see the beauty in the other person, the divine energy in the other person, the life that’s alive in them… It doesn’t mean we have to feel the same feelings as the other person. That’s sympathy, when we feel sad that another person is upset. It doesn’t mean we have the same feelings; it means we are with the other person… If you’re mentally trying to understand the other person, you’re not present with them.”[30]:ch.5 Empathy involves “emptying the mind and listening with our whole being.” NVC suggests that however the other person expresses themselves, we focus on listening for the underlying observations, feelings, needs, and requests. It is suggested that it can be useful to reflect a paraphrase of what another person has said, highlighting the NVC components implicit in their message, such as the feelings and needs you guess they may be expressing.[29]:ch.7
Expressing honestly, in NVC, is likely to involve expressing an observation, feeling, need, and request. An observation may be omitted if the context of the conversation is clear. A feeling might be omitted if there is sufficient connection already, or the context is one where naming a feeling isn’t likely to contribute to connection. It is said that naming a need in addition to a feeling makes it less likely that people will think you are making them responsible for your feeling. Similarly, it is said that making a request in addition to naming a need makes it less likely that people will infer a vague demand that they address your need. The components are thought to work together synergistically. According to NVC trainer Bob Wentworth, “an observation sets the context, feelings support connection and getting out of our heads, needs support connection and identify what is important, and a request clarifies what sort of response you might enjoy. Using these components together minimizes the chances of people getting lost in potentially disconnecting speculation about what you want from them and why.”[31]