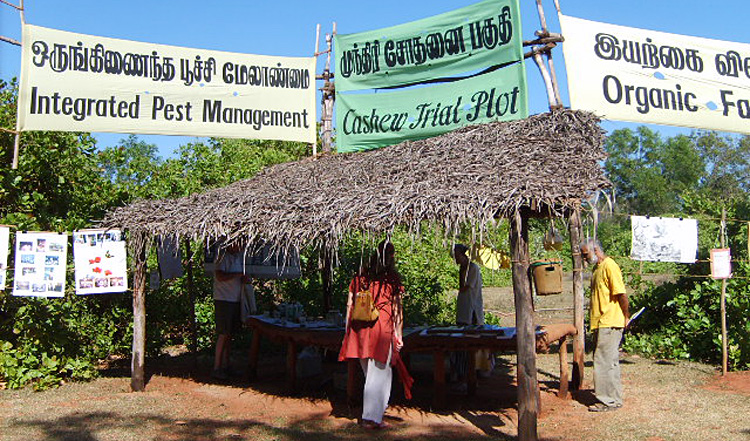 Radical Ecological Democracy: A Path Forward for India and Beyond

The search is on for sustainable and equitable alternatives to the dominant economic development model, and the emerging concept and practice of “radical ecological democracy” can contribute to this search. This new framework places the goals of direct democracy, local and bioregional economies, cultural diversity, human well-being, and ecological resilience at the core of its vision. It arises from the myriad grassroots initiatives that have sprung up in India and other parts of the world. Although efforts to amplify and spread such a paradigm face the enormous challenge of overcoming the resistance of entrenched institutions and mindsets, current practice suggests opportunities for making progress. Ultimately, the wide embrace of radical ecological democracy will require the spread of the core values underlying the framework, a transition guided not only by hard-headed rationality but also by a strong ethical and emotional foundation. Ashish Kotari in July 2014

In an article for Degrowth in Movements he wrote 2016:

“More than ever before, we are members both of immediate communities and also of the community of humanity, or —even broader— the community of life, just as local ecosystems are part of one global ecological system. Greater awareness of our interdependence comes with each new global crisis, and with it the possibility of greater common cause. If the emerging movements around the world, based on multiple but overlapping worldviews (old and new) and transcending orthodox ideological standpoints, can come together, then there is much hope that pathways to a saner future will be forged, and walked.”

Ashish Kothari is a founder-member of the Indian environmental group Kalpavriksh. He has taught at the Indian Institute of Public Administration as well as several universities. He coordinated India’s National Biodiversity Strategy and Action Plan process, served on the boards of Greenpeace International and Greenpeace India, chaired a global International Union for Conservation of Nature network on protected areas and communities, and helped found the global Indigenous Peoples’ and Community Conserved Territories and Areas Consortium. He is currently on the Board of the International Centre for Environment Audit and Sustainable Development of the Comptroller and Auditor General of India. Active in movements relating to development, conservation, and natural resource rights, Ashish Kothari is the author or editor (singly or with others) of over thirty books, including (with Aseem Shrivastava)Churning the Earth: The Making of Global India.